by venkat
in Downstream, Press Releases
0

Gazprom Neft and the Omsk Oblast government in Russia have signed a special investment contract to build an oil refining catalyst plant in Omsk.

According to Gazprom Neft, the two catalysts are used in key secondary refining processes that enable the production of Euro-5 motor fuels.

The company has joined forces with major Russian research and development centers, including the Boreskov Institute of Catalysis, Novosibirsk, to develop novel technologies in catalyst production. 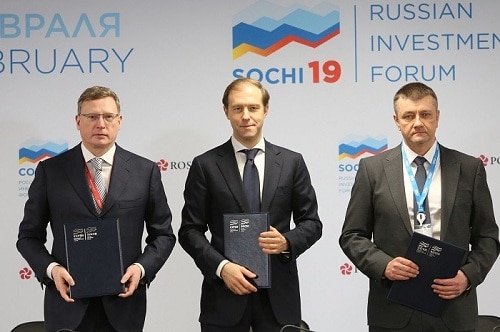 Construction of the catalyst production facility, which has been given the status of a National Project, is targeted to be completed by 2021.

The Russian oil producer said that catalyst production for the future will be designed on the principle of full-cycle technology, which enables catalyst components and carriers to be produced from raw materials from domestic suppliers.

Furthermore, the company said that automated control systems and equipment will give scope for flexibility in modifying catalyst composition, thereby enabling products to be adapted according to the requirements of clients.

EU Leaders May Support A Brand-New Price Benchmark For Gas

EU Countries Seek To Settle On The Energy Measures Shortly